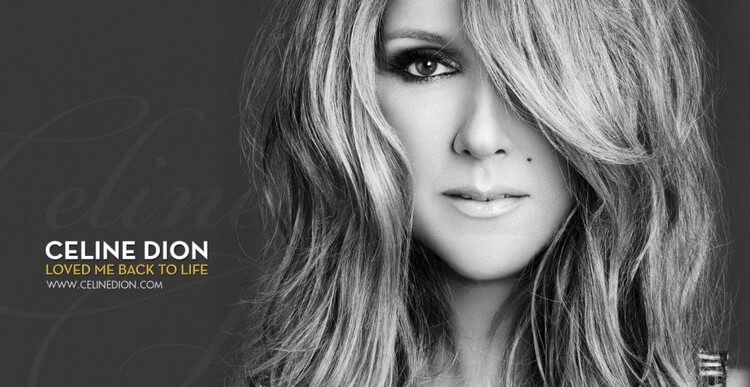 In case you haven’t heard, Celine Dion’s new album “Loved Me Back to Life” was released earlier this month in Canada. And here at EnVille, being big-time Celine Dion fans, we couldn’t be more thrilled.

Although she recently put her $29.6 million Montreal home on the market recently, we know that her heart still belongs to us here in Quebec. For example, this past summer, during the Lac-Megantic crash disaster recovery, Celine not only donated $100,000 but also came home to play a tribute concert to benefit the victims.

And that’s why we’re so excited about “Loved Me Back To Life,” Celine’s first English-language album in six years. Overall, there’s 13 glorious tracks on the new album, some of which are some definitely departures from Celine’s past recordings, strongly influenced by contemporary R&B and dance-pop. These songs aren’t just her standards ballads – most are much more upbeat overall. And we’re loving it. It also seems that we’re not alone: Canadians all over the country are falling in love with this new side of Celine as that album has topped the charts since its release!

One of our favorite tracks on the album is her duet with Ne-Yo called “Incredible.

Ne-Yo is just one of the many producers and songwriters that Celine worked on to create this album. Other notable collaborations included: Diane Warren, Tricky Stewart, Stevie Wonder, Eg White, Daniel Merriweather, and Babyface.

And not only has Celine put out a new album, but she also has announced a new dates for her critically-acclaimed Vegas show “Celine,” which has been playing to sold-out audiences since it opened in 2011.

In total, 35 summer 2014 performances have been announced for her show at The Colosseum at Caesars Palace, scheduled for June 10 to Aug. 31. The presale began on Friday, Nov. 15, so if you’re planning to visit Vegas sometime this summer, you’d better buy your tickets now!

“It’s been six years since I’ve recorded a new English album,” said Celine, “so I can’t wait to go onstage and start singing some of these new songs.”

And we can’t wait to hear what our favorite Canadian songstress has in store for the future as well!

We love you Celine! And can’t wait for your next concert in Montreal!

PS – And Celine, we know your home is for sale in Montreal, so if you ever need a place to crash in Montreal, just let us know! We’ll set you up with one of the most amazing furnished apartments in Montreal!